Startseite ⟩ Aktuelles ⟩ BOSNIA AND HERZEGOVINA: EU must get active to ensure security and protection of democratic rights 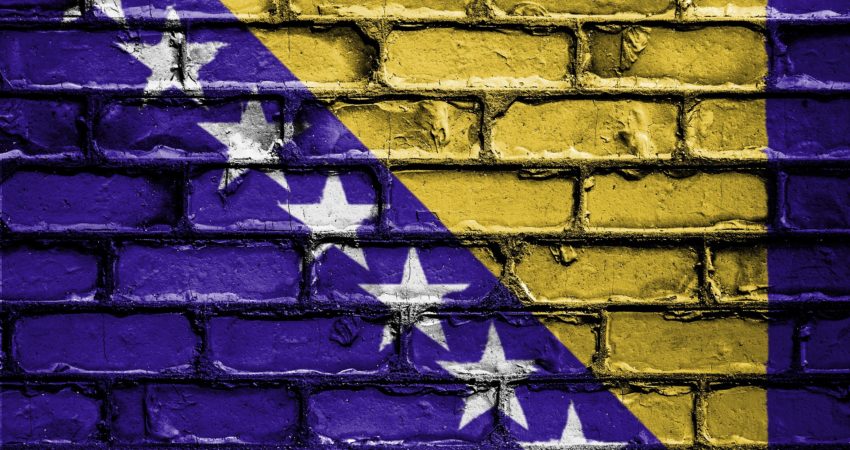 Bosnia and Herzegovina currently faces a genuine state crisis due to ethno-nationalist attempts to undermine the Dayton Peace agreement and conflict overs upcoming elections in October 2022.

At this time of instability, Romeo Franz, Member of the European Parliament for the Greens / EFA Group and Delegation Chair for relations with Bosnia and Herzegovina spent together with his colleague Thomas Waitz, Member of the European Parliament and Co-Chair of the European Green Party, the last three days in Sarajevo for meetings with political representatives and civil society actors. The purpose was to listen to parliamentarians, elected representatives and civil society and to show solidarity with the actors in Bosnian society that right now defend the vision of an inclusive, democratic and multi-ethnic country.

Romeo Franz, Member of the Parliament states at the end of his visit:

“Bosnia and Herzegovina faces a genuine state crisis, which puts the stability and peace of the whole region at risk. In this situation our priority must lie on ensuring security and protection of democratic rights.

This is first of all the responsibility of the national political institutions, but also the EU has to become more active. Appeasement politics towards self-proclaimed ethno-nationalist leaders has already failed in the last years and must urgently stop. On the contrary, I am convinced that we should clearly name and sanction those responsible for the crisis, first of all Milorad Dodik and his entourage. We will have to lobby amongst EU governments to move towards the necessary qualified majority in the Council of the EU.

We must not be fooled: the current political crisis is not a crisis caused by ethnic divisions. It is a crisis caused by ethno-nationalistic leaders that are diverting attention from the actual political challenges of the country that remain to be addressed effectively: fight against corruption, eradication of poverty, creation of good jobs, environmental protection and a more promising perspective for the youth of the country.

Debates about reforms of the constitution and the functioning of the state system must be carried out within the national institutions, with democratically elected representatives in a transparent process, and with the strong involvement of civil society and citizens. Therefore, I strongly condemn any threats to boycott or prevent elections. We must not allow that citizens are deprived from their democratic rights.”